A New Kind of Consignment

Posted on April 25, 2017 by thriftshopperforpeace 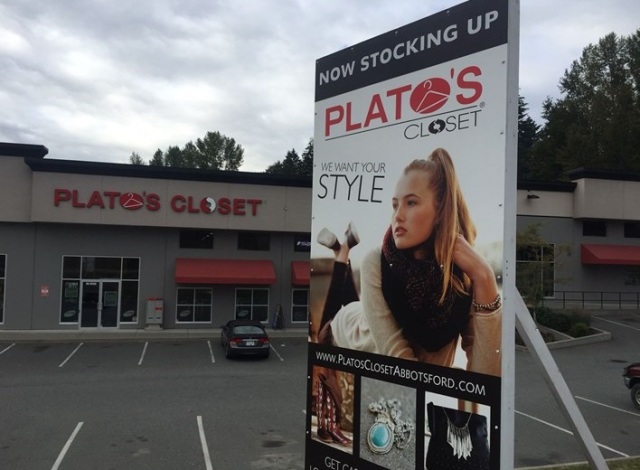 There’s a franchise that’s opened a new store in Abbotsford called “Plato’s Closet”. The store sells used clothing that it buys from people. Unlike a traditional consignment store, Plato’s Closet buys your clothing outright. I like this method.

In a traditional consignment model, you bring your clothing to a vendor, s/he goes through it and selects the clothing that s/he thinks will sell in the shop and then tags it and dates it. You are paid only if it sells and the amount you are paid depends entirely upon how quickly it sells. If it sells quickly, you make a higher percentage than if it doesn’t. What is left over after your due date either goes to thrift or comes back to you.

In the Plato’s Closet version, you bring your clothing to the store, they go through it and select what they think will sell and then pay you outright. You go home with money in your pocket right away and don’t have to wait and see if anything will sell. 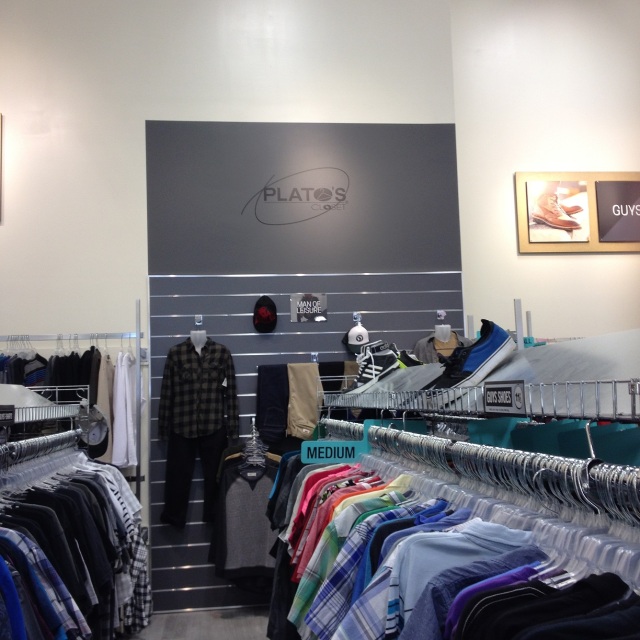 In both cases, vendors are notoriously picky about what they’ll choose from your clothing – and rightly so. The vendor assumes all/most of the risk in trying to sell an item and if it’s outdated, not clean, an odd size or whatever it won’t sell and no one wins. 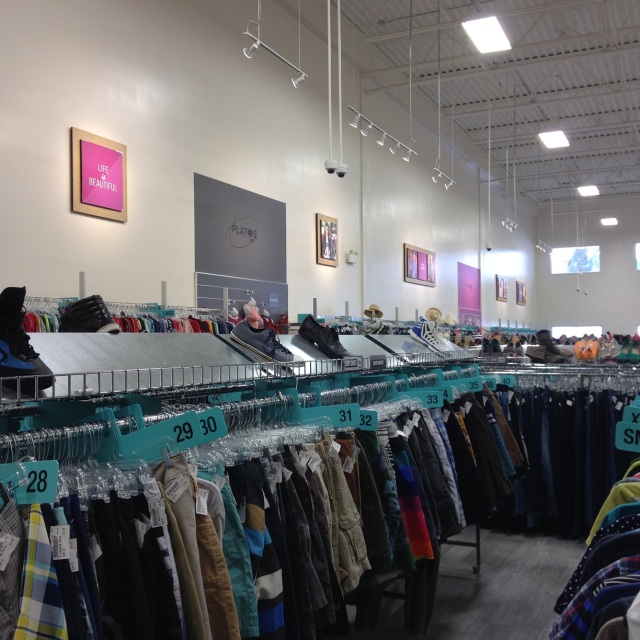 I have rarely been successful in terms of having my clothing sold through any kind of consignment, mostly because I already buy my clothing at thrift shops and it’s rarely the brand that vendors are looking for, nor is it recent enough. Plato’s Closet in particular would look at my closet and say, “seriously, old lady?” The nice thing with the franchise, though, is that their website gives very clear guidelines about what they’ll accept so if you go there first and judge your clothing by those guidelines you’ll save yourself some time.

As for shopping there, the store in Abbotsford is bright, clean, well-organized and the clothing is reasonably priced. I’ll definitely venture there again.